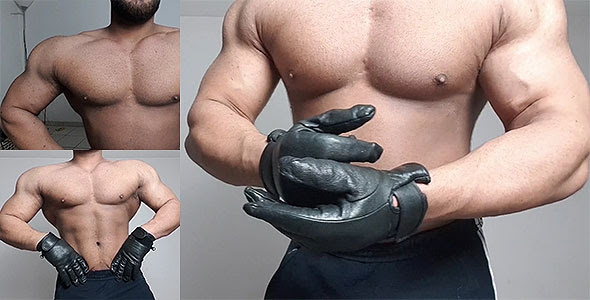 In this roleplay video from FlexGod, you are a small drunk faggot at the bar when you recognize a muscle god sitting next to you. You keep staring at his muscles and in you’re drunken situation you start talking to him and start annoying him. The Muscle God is getting angry and pulls you out of the bar down to the streets. He puts on his leather gloves so that he doesn’t leave any fingerprints for what he is going to do to you. Everyone is watching from the door of the bar how he starts humiliating you and slaps you into your face. He pisses on your face and makes you to drink his piss. He shows no mercy and keeps humiliating you in front of all these bar guests. At the end he switches your lights off with a big and long bearhug until you loose your breath. 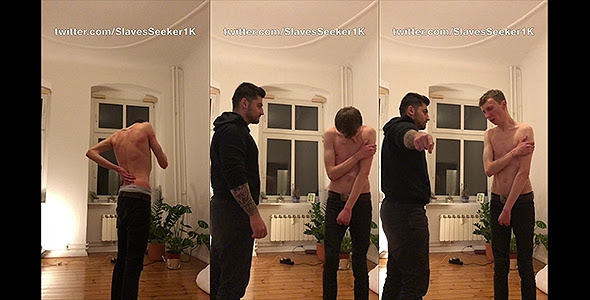 In this nearly 16 minute video, MasterDamiel puts his cash slave through pure abuse (or ectasy depending on your perspective). Straight alpha Master Damiel abuses his fag slave by starting off slow with his fag worshipping at his feet. Then it progressing into MasterDamiel whipping his fag and forcing smoke intox as his fag slave wears a gas mask and MasterDamiel blows smoke right through the nozzle for the fag to inhale. For degradation, MasterDamiel gets a hose and a funnel to make the fag slave drink his piss right from his cock. The fag puts the hose end in his mouth while MasterDamiel stands over the slave and pisses in the funnel making the fag swallow every last drop. To test the slave’s pain limits, MasterDamiel gets his cigarette from before and puts it out on the slave’s body right above his dick. You can tell it hurts because the slave grimaces in pain. Furthering the abuse, MasterDamiel pours hot candle wax all over the fag slave’s body as he cries in pain. This is the true test of a slave’s endurance. 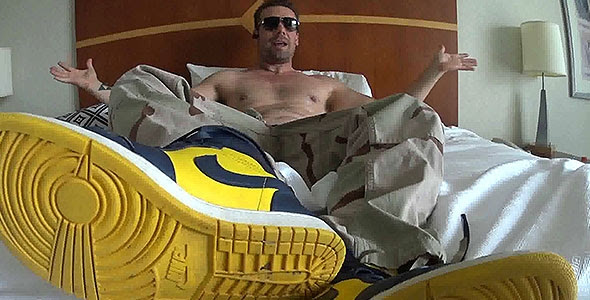 4 New Videos – Alpha dom MrMasterH is ready to own your mind and make you submit to him. In one of his newest uploads, MrMasterH places you at the brutal foot of a superior alpha asshole. MrMasterH is a self proclaimed asshole and you’ll know why when he begins verbally abusing you and making you feel like garbage. Get stuck under the size 12 foot of the only person who matters most in your pathetic fag life. Foot fags have even more to download when it comes to MrMasterH’s superior alpha male feet. You’ll want to suck MrMasterH’s sock after you watch him taunt you and wave his stinky socks in your face. MrMasterH plants your face right in his dirty sneakers, at the sole of his foot, and right against his sweaty socks as he flips you off. Look up at your alpha superior and give into his commands by downloading this clip. For fag slaves who crave shit talking and verbal abuse then submit again to MrMasterH with this 11 minute video clip of MrMasterH showing off. MrMasterH strips out of his dress shirt and jeans down to his boxer briefs for some intense flexing while he berates you on cam. This cash dom then pumps up with some pushups and shows off more of his lean muscular frame. Finally for the really kinky and messed up faggots, they can get on their knees and drink MrMasterH’s piss. There isn’t much more to say about this clip because the title is self explanatory. MrMasterH places a glass for you right on the toilet bowl as he unzips his pants, pulls his dick out, and blasts a strong stream of alpha piss into the toilet and into the glass for you to drink. MrMasterH’s strong alpha piss just keeps flowing and fills the entire glass. Get on your knees and drink down his warm alpha piss. 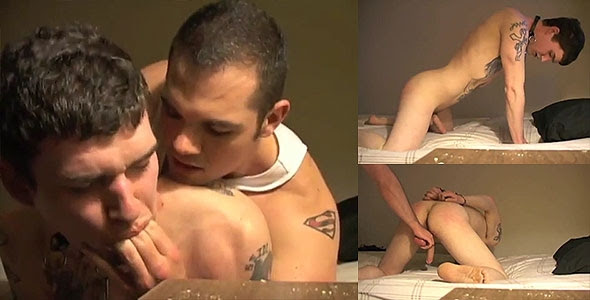 1 New Video – Dominant cashmaster Connor Kent loves using, degrading, and abusing his fag slaves. In his latest clip, ConnorKent uses a pussy boy as his cum dump. This 18 minute video from ConnorKent’s archive, shows ConnorKent using one of his earlier slaves as a cashfag ATM and a fuck hole. According to ConnorKent, this cash fag was unstable but was loyal and dedicated to doing whatever it took to please ConnorKent’s huge alpha dick. The cash fag is handcuffed, beaten with a whip, has his balls tortured, and ultimately takes ConnorKent’s cock. Imagine yourself submitting to this massive 9″ cock and being used by ConnorKent. 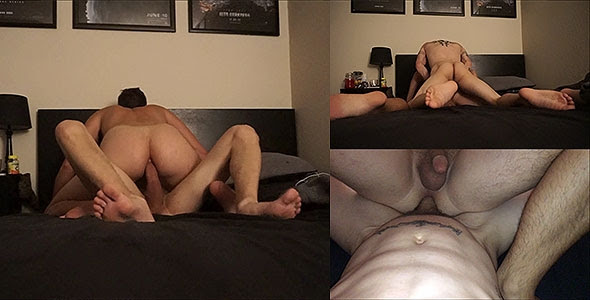 1 New Video – Popular porn star Dillon Anderson has documented another one of his hook up sessions. In this 15 minute video, Dillon Anderson and his buddy Alex do some “Netflix and chill”. Alex comes down to visit Dillon Anderson to watch some Netflix but it quickly leads to Dillon Anderson sucking his friend Alex on the bed. Later, he gets Alex’s hole ready for his big dick before pounding his bubble butt raw. Dillon Anderson fucks this sexy stud in multiple positions on the bed and has his friend ride him until he busts a load bare in his ass. Alex pushes out Dillon Anderson’s seed at the end of this hard fucking session. 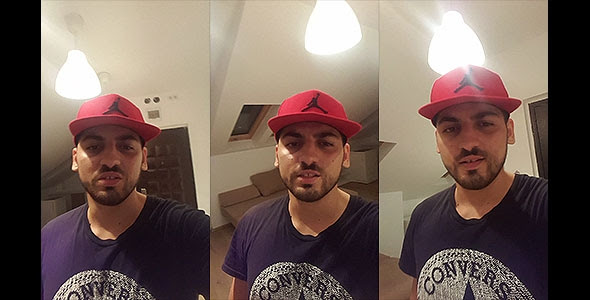 1 New Video – SlavesSeeker gets tons of requests from cash fags to show all of the tributes he receives and to document his master lifestyle. This findom fulfills those requests and shows off what he buys with fag cash along with how he maintains his cash master lifestyle. All of it is paid for with fag slave cash. Continue to tribute this findom by downloading this video and receive some verbal humiliation along with it.