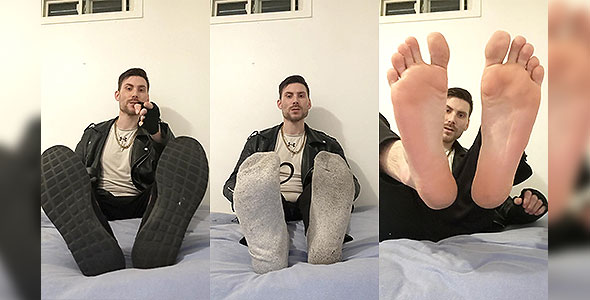 Get on your knees and prepare to endure some extreme popper training. CashMasterTrey will order you to get that bottle of poppers ready and keep huffing while he verbally abuses you and makes you drool over his feet. It is time to sniff and serve while you gaze at this alpha’s barefeet. CashMasterTrey will leave you a poppered up, mindless mess by the end of this session. 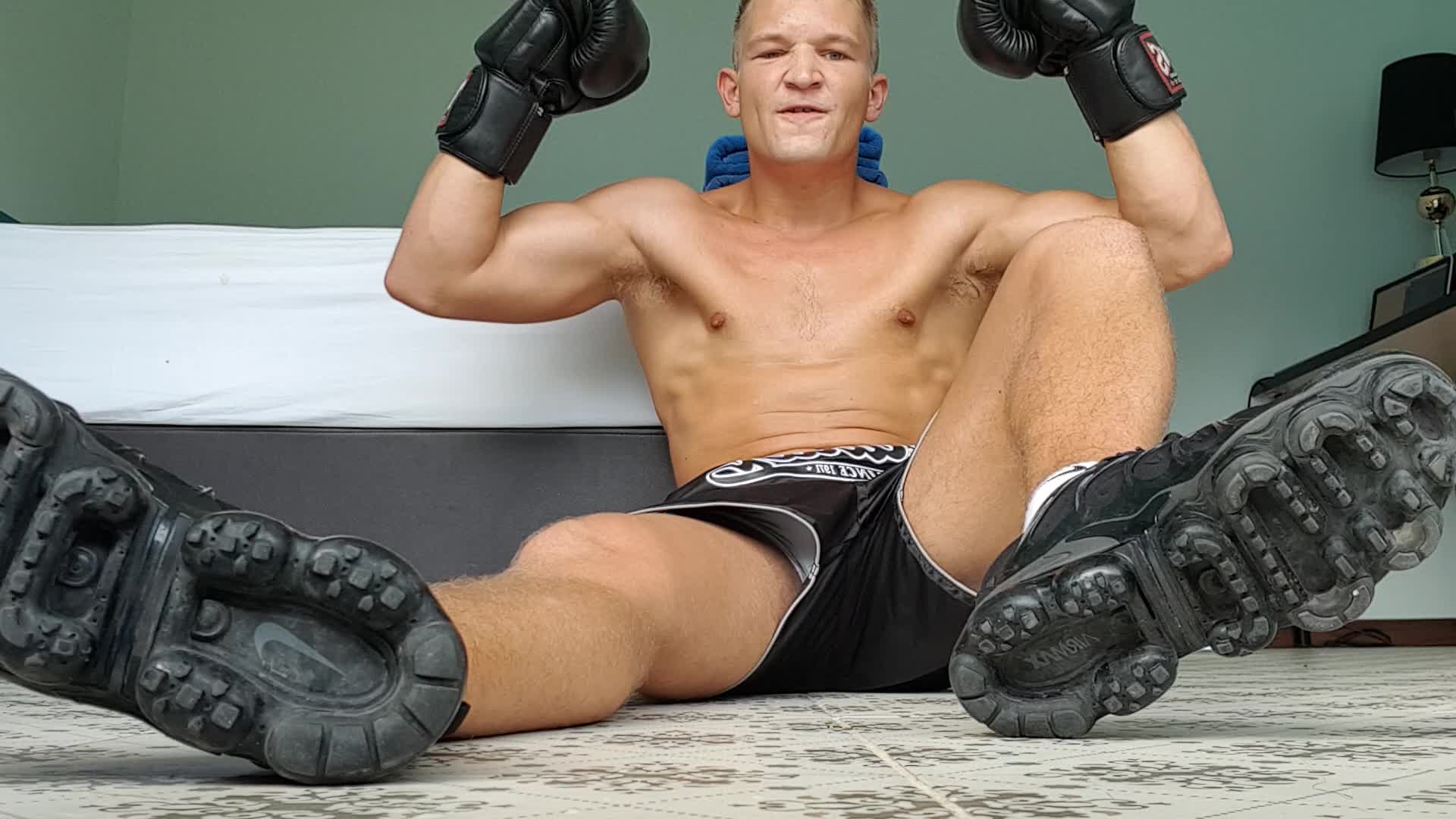 Get ready to be bullied and spat on as MasterGary takes on the role of your bully. This dominant alpha wears boxing gloves and black Nike sneakers to verbally abuse you and tell you how he will physically abuse you as well. Sniff your popper and get beat down verbally and physically throughout this session with your bully. 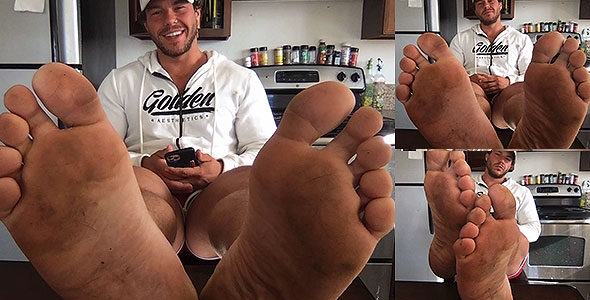 Alpha Derek wants you to get out those poppers, fry your brain, and worship his alpha feet. Enjoy 10 minutes of intense popper countdowns as you stare at his dirty barefeet. This superior dom kicks back and laughs at you with his huge feet up for you to worship. 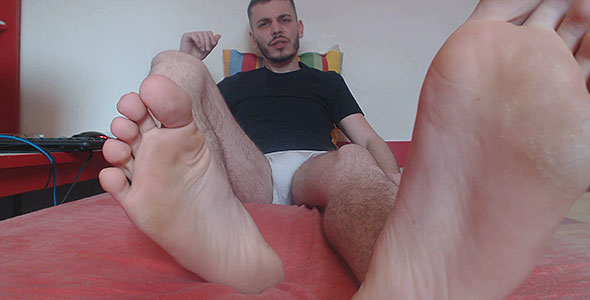 Get ready for some intense popper sniffing as MasterBraz makes you worship his feet as you sniff those fresh poppers. Sticking his barefeet at the cam, this alpha will instruct you on how to sniff as you stare at his beautiful and smooth feet. Obey every order this cocky alpha gives you as you go mindless and become a drone for him to reprogram. 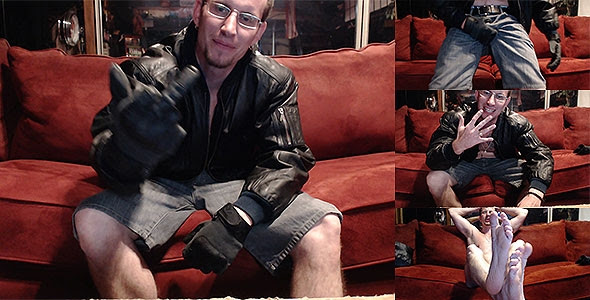 The all-American jock is in control. Submit to SirKraze and serve him harder than you’ve served before. In this video, SirKraze is clad in a leather jacket and leather gloves as he flips you off and instructs you on how to sniff your poppers to fry your brain. Grabbing at his crouch, SirKraze then take off his jeans to show his straight alpha bulge in his white Calvin Klein briefs while sticking his massive barefeet in your face. This video is to make you weaker and join his stable of loyal cash fags. 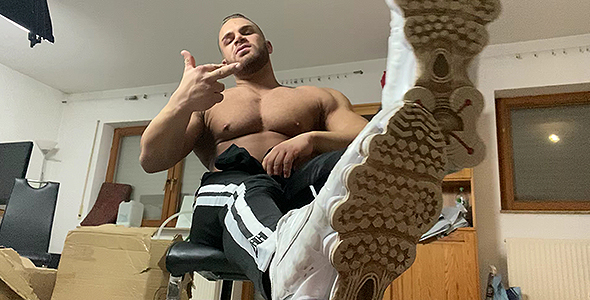 For being an obedient slave, you’ve earned the chance to worship FlexGod’s sneakers while sniffing poppers. Get out that fresh bottle of poppers and bow before FlexGod’s dirty Nike shox. This alpha cash dom will train you to sniff poppers to get dumber and dumber. 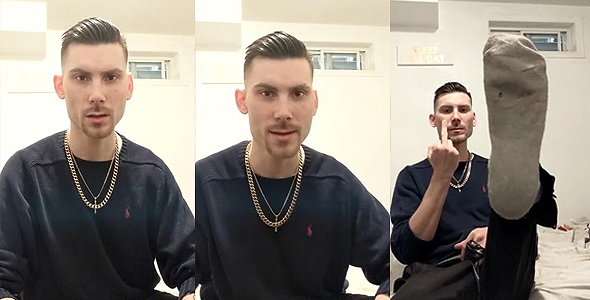 CashMasterTrey wants you to serve and worship his feet while you fry your brain on a fresh bottle of poppers. This verbal alpha is in a bad mood which means more abuse for a faggot like you. You’re going to huff and worship this alpha’s dirty socked feet like an obedient faggot slave. Obey, submit, and serve when this superior alpha tells you to do so. 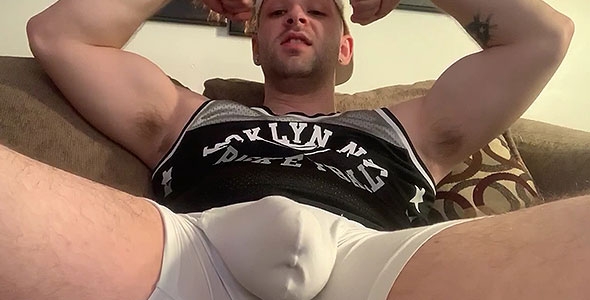 Break out those poppers and begin sniffing them hard. Gaze at Master Big’s huge alpha bulge and completely submit as he verbally abuses you. You’ll never get the chance to worship his superior straight bulge so keep frying your brain. 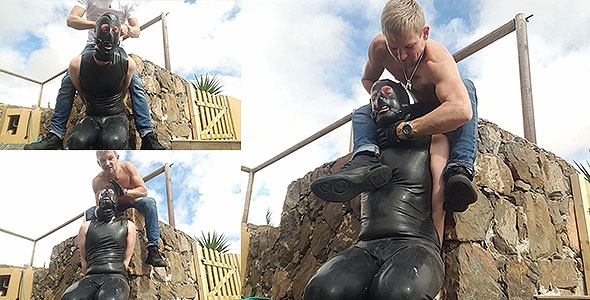 Master Gary cuffs and gags his weak, rubber clad faggot slave. Once handcuffed and gagged, the faggot cannot speak. Instead he just sits there like an obedient dog. Master Gary chokes this faggot some more and spits directly in its mouth. He then forces the masked latex faggot to do more and more poppers for a full extreme intox session. 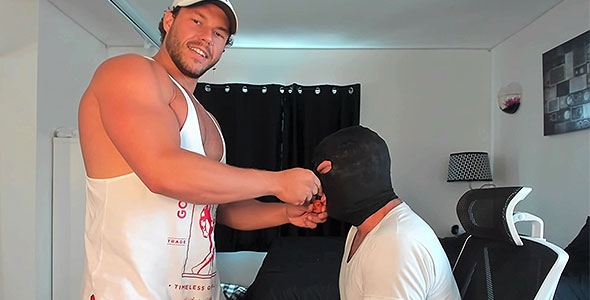