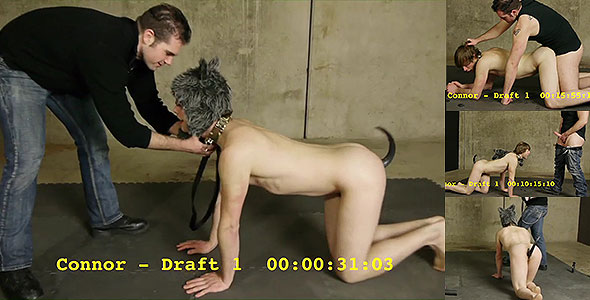 CashMaster ConnorKent trains his puppy boy in this 20 minute video. His submissive puppy boy is eager to serve and worship his new master. Puppy boy loves to be collared and led around on his leash as he wiggles his butt plug tail for his cash master ConnorKent. In this 20 minute video clip, ConnorKent makes his puppy boy play fetch with a chew toy and even drink from a water bowl all leading up to the point where he gives him something harder to play with in this domination pup play scene. Puppy boy sucks ConnorKent’s big dick then takes a super hard dicking from his new owner barking and woofing on each thrust until he cums all over the ground.