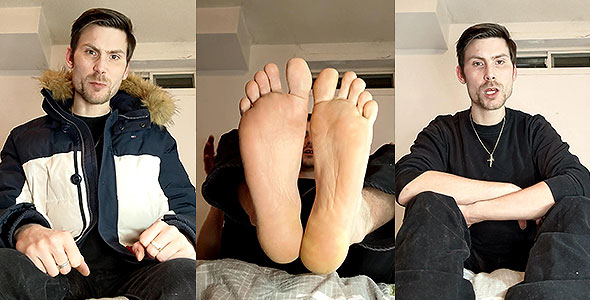 2 New Videos – It’s time for a good old dose of alpha punishment and bullying from CashMasterTrey. This brutal God is off to a wonderful start this year with a record number of tributes and this is your opportunity to debase yourself and serve beneath his feet. Show CashMasterTrey what a depraved foot faggot you are as you worship as his alpha feet. Later on, CashMasterTrey will verbally assault you and make you realize that degenerate slaves like you don’t deserve any rights. You seek to fall further and further into the pits of the abyss with your blind devotion. You’ll forever be in the clutches of financial domination as a debt slave for life. It’s time to pay the price for your addiction and bust your balls for CashMasterTrey at his command. 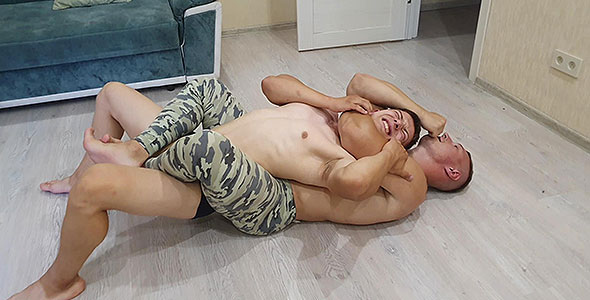 2 New Videos – Big Alpha shows how tight of a grip he can get on his friend with this brutal headlock. Big Alpha’s friend struggles for freedom but once this dom wraps his massive biceps around your neck, there is no way out. The weaker man struggles and writhes around in pain begging for mercy at the unrelenting grip of Big Alpha. In another clip, catch over 20 minutes of Big Alpha dominating this weakling sub boy in some hot muscle wrestling domination. Big Alpha doesn’t hold back and quickly shows this inferior who’s the boss. Flexing and showing off, Big Alpha shows his cocky side to the camera as he locks this inferior in several headlocks and chokeholds. Once you see Big Alpha’s massive bicep flexing, you too will want to submit. 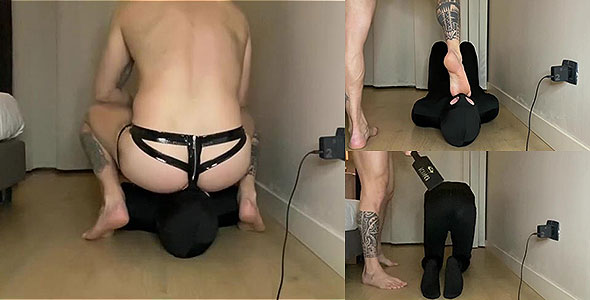 2 New Video – KingMaster has some fun with his submissive slave by smother him with his muscle ass. Getting the slave on the ground on his back, KingMaster wears a thong and squats over the slave’s face so that his jock ass completely covers this slave’s face. Laster he has more fun with the slave by putting his feet in the slave’s mouth to gag him. The slave’s job is to worship his jock god’s ass and feet. In another real time session, KingMaster gets home after a tiring day and needs to have some stress relief. Calling his sub over, KingMaster takes off his boots and allows the slave to worship and tickle his feet. The slave smells his master’s sweaty socks and proceeds to remove them from his master’s feet to lick the bare soles all over. KingMaster then instructs the slave to tickle his feet for a laugh.

4 New Videos – Ikagura gets down on the ground in this latest clip to suffer a triangle chokehold from one of his doms. The dom completely ignores Ikagura through most of the clip but locks his legs tightly around Ikagura’s neck to choke him out. The slave begs for mercy but sadly for him, this dom is still going to ignore his cries. After this intense choke session, Ikagura goes into some foot worship for his dom. Ikagura takes his master’s barefeet deep in his mouth to suck on and worship them like an obedient foot slave. This submissive foot slave is gagged and stomped by his master but enjoys every minute under his master’s soles.

The foot domination continues in another clip as Ikagura is smothered with alpha feet and stomped on during this real time. The foot slave lays on his back under his master’s feet in his natural position. The foot dom then proceeds to choke and kick Ikagura with his huge alpha feet. The slave feels like a human doormat by the end of the clip. Lastly, Ikagura then gets involved in some choke domination from one of his dom masters. Laying on the bed, Ikagura is defenseless to the abuse his master will give to him. Ikagura gets choked out by this dom’s legs as he is put through some tight chokeholds which make him suffer. The weak slave begs for mercy from his master but instead gets put in his place further at the whims of this arrogant dom. 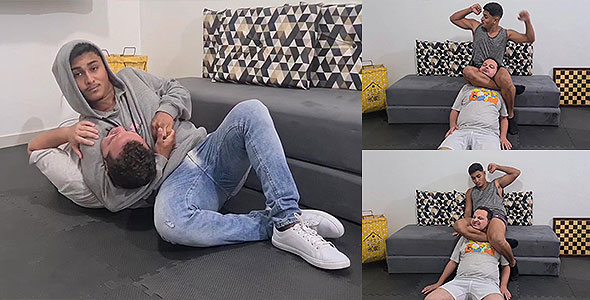 3 New Videos – DanielSlin is in the mood to choke out a slave and he does just that in his latest clip. Getting the slave seated on the ground, DanielSlin locks his legs around the slave’s through to squeeze his neck and assert his power. This cocky alpha even flexes and laughs for the camera while the slave struggles for freedom. The choke abuse continues when DanielSlin squeezes the slave’s head between his thighs like a watermelon. Squeezing his muscular thighs on this slave’s head, DanielSlin makes the slave suffer even more from this wrath. The slave is bound and helpless to his master’s mercy as DanielSlin keeps squeezing like he’s going to pop this slave’s head. After all of that slave abuse, DanielSlin needs a break to flex and play video games. This jock dom sits back and plays some video games while ignoring you through most of the clip. As you drool over his jock body, stare at his feet and flexed biceps in hopes of worshiping him one day. If you’re lucky, then maybe at the end of the clip, DanielSlin will give you some attention.