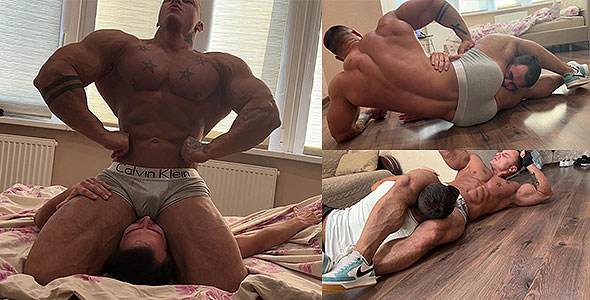 2 New Videos – The Punisher wearing Calvin Klein briefs sits on his slave’s face with his crotch almost resting on the slave’s nose. This muscle dom then proceeds to get the slave in a reverse headscissors with the slave’s nose to his ass. Lots of close up shots of this alpha’s huge muscles and sitting on the weak slave’s face. In another clip, The Punisher sports a white wrestling singlet and punishes the boy with several submission holds. This alpha’s monster muscles are strong and totally dominate this weakling. Watch the weak boy struggle and beg for mercy. 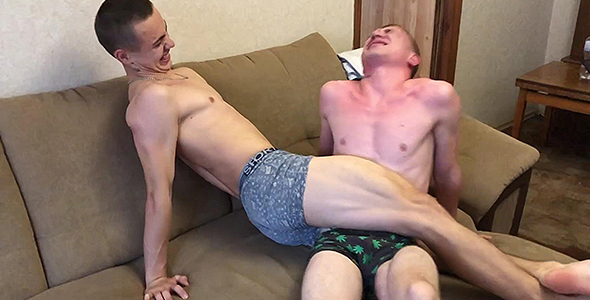 3 New Videos – ElliotScissors and his buddy Mark practice some wrestling holds on each other. These two athletic studs practice their squeeze holds for their next real time. Despite their friendship, headscissor holds make them feel totally in control and powerful. Later these two guys head outside for some headscissors before football. To warm up their legs, Elliot and Mark perfect their abuse skills by locking each other in various submissions. If any slaves ever walk by, they better watch out that they don’t become the next victim. The football field wrestling continues. Elliot and Mark get down on the cold grass on this Autumn day to practice various chokeholds. You can tell their in their element and having fun once locking in chokeholds. 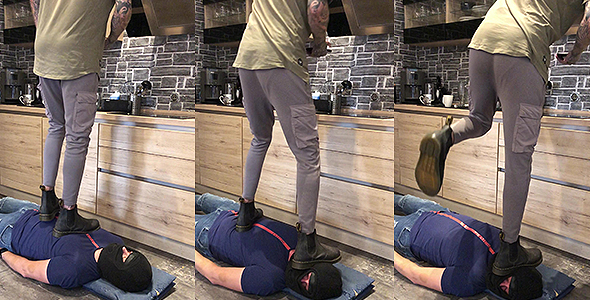 4 New Videos – This slave gets abused and trampled in another stomp session. On the ground, looking up at his master, the slave gets walked all over as this superior alpha wears some Doc Martens to do the stomping damage. The slave is shown no respect as he’s stomped and trampled. The abuse continues in the next session with even more trampling and stomping. The masked slave is kicked around and treated like a human doormat. This alpha puts his full bodyweight down on the slave with several of these brutal stomps. 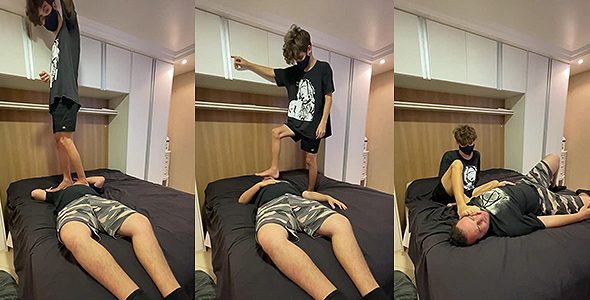 3 New Videos – Master J returns to trample his slave in another real time meet. Slave Matt lays on his back on the bed while Master J stands over him and makes him worship his feet. After servicing his feet, the slave gets trampled and stepped on by his superior master. Afterwards, Master J rewards the slave by allowing Slave Matt to gag on his barefeet. Slave Matt loves servicing superior alpha feet. Watch as he gags and chokes on his master’s feet as they get rammed in his mouth harder. However, Slave Matt hasn’t had enough and days later meets up with Master Ch for another round of choke abuse. Slave Matt is totally dominated and choked out by his master. This slave struggles to escape but there is no chance of that. 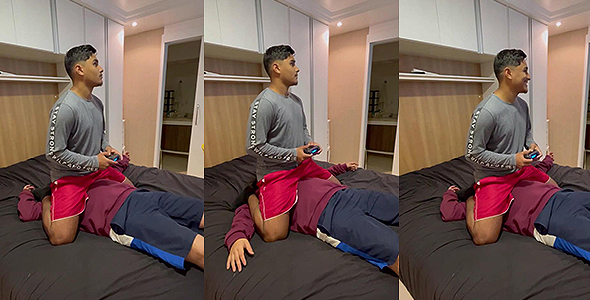